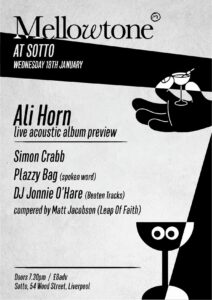 Ali Horn is a songwriter, performer and producer based in Liverpool, UK. Born in London, Ali began his musical journey listening to old punk records and folk rarities and was compelled to make his own. As soon as and wherever he could he buried himself into the world of music production spending years of his life in dark corners of working studios. He moved to Liverpool in 2006 to chase music academia and return home but Liverpool got its claws in and he stayed. 16 years later he calls it home, having been performing non-stop for that time in various groups in Merseyside and afar. 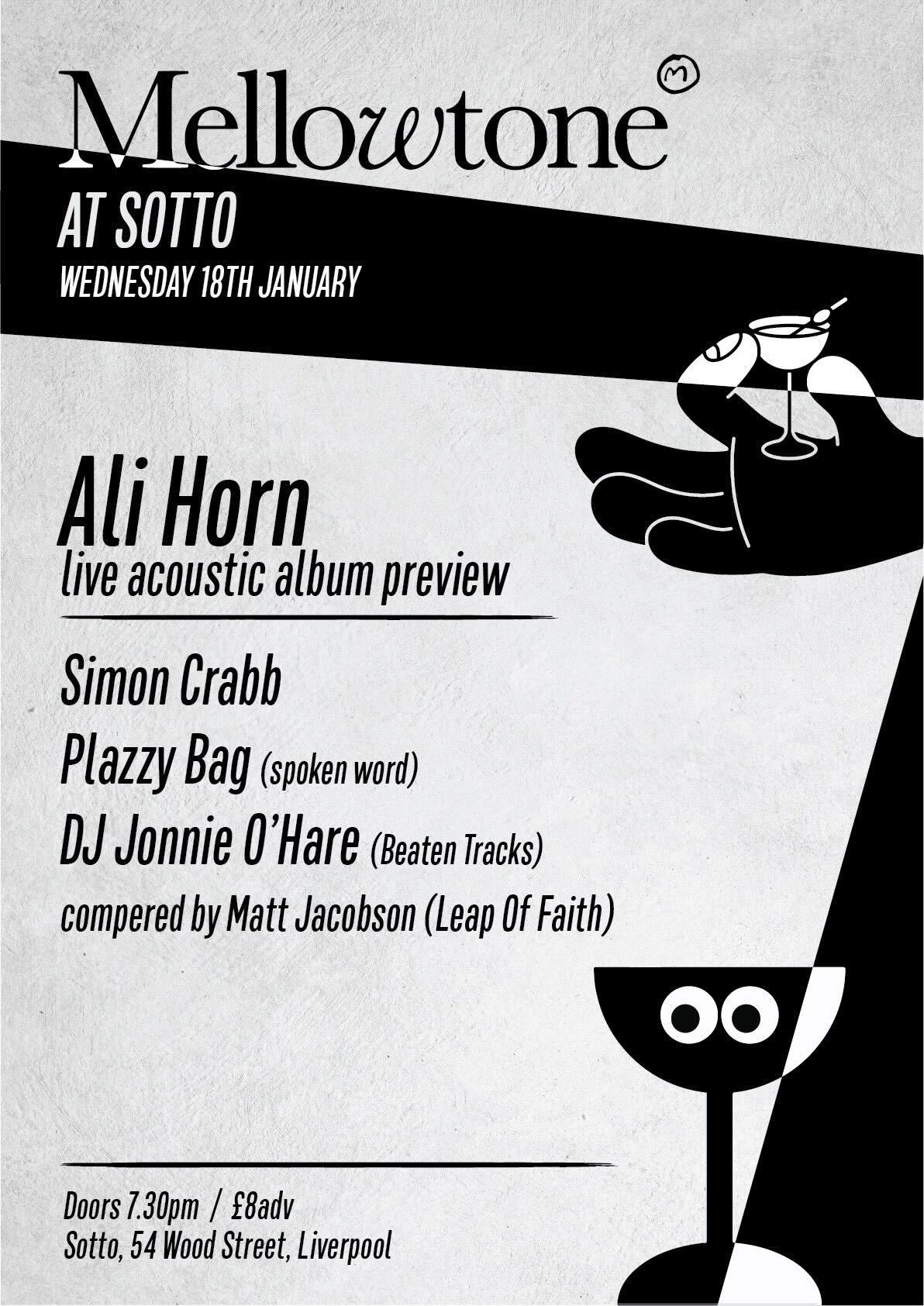 Liverpool based Musician, Simon Crabb brings a collection of songs that are tilted towards melancholy.

Relatively new to the circuit in Liverpool. ‘I started playing in the Summer and things have developed from there. Currently working with Ali Horn on an E.P. that will hopefully be out in 2023.

Plazzybag has been many things, none of which have quite stuck. Most recently she is a Poet, artist and tattooer and will probably do this for a few years, until she realises she’s not very good. She does, however, try her best at everything and is quite sound.