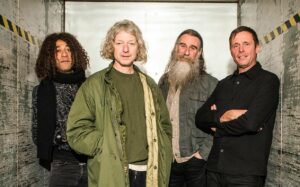 featuring The La’s John Power, Merseyside icons and Britpop legends Cast originally formed in 1992, made up of members of two of the most legendary and lauded bands, The La’s and Shack.

Ticket prices start from £29.40 per person, under 14s require to be with adult 18+. Under 25s require ID to purchase alcohol.