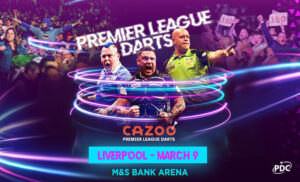 Sport’s biggest party will return to venues across Europe next year, with the Premier League set to be played across 17 nights from February to May.

Next season will retain the same Premier League format as introduced successfully in 2022, where the eight players compete each night in a knockout format before the top four players from the final league table progress to the Play-Offs.