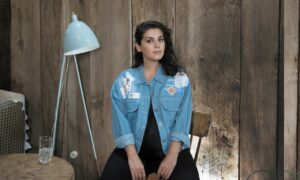 Georgian-British singer-songwriter and musician Katie Melua has announced her huge Love & Money UK tour, in support of her brand new album of the same name due to be released in spring 2023.

Heading to Liverpool’s Philharmonic Hall this May, Katie will perform her classic hits including ‘Nine Million Bicycles’ and ‘The Closest Thing To Crazy’, plus songs from the new album.

In 2021, Katie released her album Acoustic Album No. 8 – the record was widely recognised whilst also scoring her eigth consecutive UK top 10 studio album. This summer she teamed up with violinist, composer, and Grammy award-winning sound engineer, Simon Goff for their collaborative album Aerial Objects.