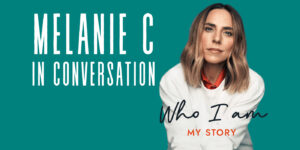 As a young woman growing up in the North West of England, Melanie Chisholm dreamed of a life performing on stage.

Little did she anticipate becoming part of one of the defining forces of British pop of any era: as one of the five member of the Spice Girls.

Defined in the public imagination as Sporty Spice, Melanie now tells her story: of the peaks and also the struggles that lie behind her public persona. Join us to hear her in conversation at the Everyman to celebrate the release of Who I Am.