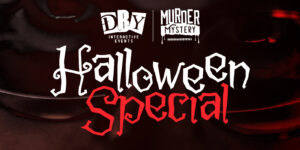 An October morning in 1826, along George’s Docks, Liverpool.  A cargo ship due to set sail for Scotland, a young sailor notices a foul odour seeping from one of the shipment barrels. The seaman was used to the stench of fish and brine, but this was different… this made the hairs on the back of his neck stand up. A smell so vile, he gagged as they prised open the barrels to reveal bodies, stripped naked, pickled in brine and salted in an attempt to preserve them. Men, women and children.

Jonathan hasn’t heard from his cousin since her harrowing letter. He has read the papers, the reports of notorious Liverpool body snatchers stealing from shallow graves; that some bodies didn’t even make it to the cemetery before they were sold to the highest bidder to be used in godless experimentation. He fears the worse, but there is only one way to find out the truth.

Join him as he retraces his cousins steps to discover what happened to her, but be warned, some people want to keep the truth buried, and they will do anything to stop it being exposed… even kill.

Theme : crime solving fictional story based on the dark history of the body snatchers of Liverpool linked to Hope Street and the Everyman. Period drama. Puzzle solving. Crime solving. Mature drama. Not for the faint hearted.

Food will be available to purchase from the bar.