On the Waterfront Presents Camelphat 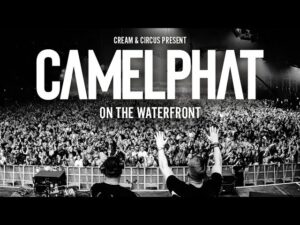 Following the overwhelming success of the first edition of ‘On the Waterfront’, plans have just been announced for its return in 2023!

The event will see the return of the mighty Camelphat headlining on Saturday 1st July.  Since their first foray into the underground side of dance music almost a decade ago, the Grammy nominated Liverpool duo have had a meteoric rise that has seen them achieve global success while remaining true to their underground sound.

Their headline sell-out show at ‘On The Waterfront’ last year was their biggest and fastest selling show to date in the city.

The all-day festival forms part of a long weekend of entertainment ‘On the Waterfront’, with Liverpool’s iconic Three Graces and River Mersey as its stunning backdrop, there are few better locations to perform.  More dates and acts to be announced.