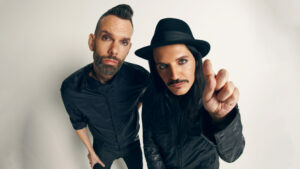 Over the course of more than 25 years, and over 13 million album sales, Placebo have shown themselves to be masters at cataloguing the human condition.

The band’s unique way of examining both its flaws and beauty has for a long time made them a refuge for those who felt that the trappings of tradition, and the mainstream, were exactly that – a trap.

Placebo continue to shine a light on the aspects of our society that are all too often viewed by some with scepticism at best, and hatred at worst.

This event will take place on Monday 21st November at Eventim Olympia.