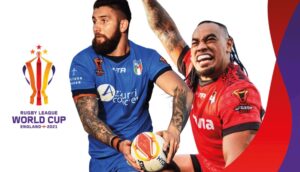 Due to the fact that Italy and Tonga have their training bases in Liverpool, the city will play a significant part in the tournament. The RLWC2021, which will take place in 18 different towns and cities from across England, will feature some of the biggest names in rugby league as guests. Each of these towns and cities will play a significant role in the competition by providing the venues where the teams will compete for RLWC2021 glory as well as housing all of the off-field practises and training facilities for each of the 32 competing teams.

All games will be broadcast live on BBC TV and other digital networks, but tickets for adults start at just £20, so order yours right away here.