The Four Tops and The Temptations 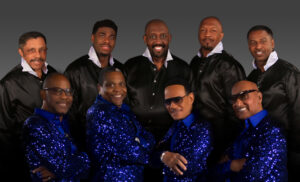 The Four Tops & The Temptations – plus special guests!

THE FOUR TOPS have a vast catologue of hits including: Reach Out (I’ll Be There); Standing in the Shadows of Love; Walk Away Renee & Sugar Pie, Honey Bunch. THE TEMPTATIONS are known for such classics as: Papa Was A Rolling Stone; My Girl; Just My Imagination & Treat Her Like A Lady.

Timeless Motown legends The Four Tops and The Temptations will be back in Liverpool this year to relive the R&B and soul classics that shook the world in the 60s and continue to delight audiences, old and new. Plus special guests yet to be announced.

The Four Tops have a vast catalogue of hits, with 27 UK top 40 singles, which include I Can’t Help Myself (Sugar Pie, Honey Bunch) and the 1966 number one Reach Out (I’ll Be There). The line-up for the tour includes original member Duke Fakir plus Ronnie McNeir, Lawrence Payton and Harold ‘Spike’ Bonhart.

The Temptations were the first Motown band to win a Grammy Award – and have won 3 in total. In 2013, they were honoured with the Grammy Lifetime Achievement Award: a deserved tribute to a band that helped shape Soul and R&B music as we know it. Amongst their classics are My Girl and Papa Was a Rolling Stone. The line-up is founder member, Otis Williams, Ron Tyson, Terry Weeks, Larry Braggs and Willie Greene Jr.