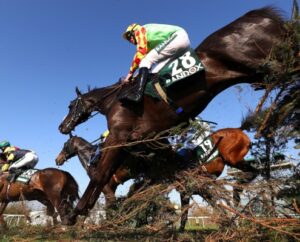 From Thursday 13 April to Saturday 15 April, the world stops to watch the Randox Grand National where nothing is done by halves.

Since 1839, this race has captured the hearts of people all over. It’s a national institution with a global audience. More than 500 million people in more than 140 countries stop and watch the best jockeys battle it out on Aintree’s world famous turf. This race is for the love of the people. It’s anyone’s race. This is the Randox Grand National. And you really should be there.

Thursday’s Open Day is about more than just the horses and jockeys. It’s more than the trainers and owners. This day is for the people.

Friday is renowned not only for the action on the course but the fashion and entertainment off it, this is the original Ladies Day – an institution. The second day of the Randox Grand National Festival is one of the most popular race days in the calendar.