By entering your email address you agree to our Terms of Conditions and Privacy Policy and consent to receive emails from Explore Liverpool about news, events, offers and partner promotions. We never share your information with anyone.

By entering your phone number you agree to our Terms of Conditions and Privacy Policy and consent to receive WhatsApp messages  from Explore Liverpool about news, events, offers and partner promotions. We never share your information with anyone. 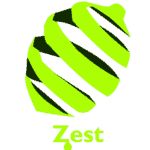