Matthew Jacobson ‘On The Streets I Ran’ with Janice Long

It may have been a stereo the size of Rhuddlan Castle, but it was the only stereo we had and I loved it.

During the 1970s, my early years, this beautiful box proudly sat in the corner of the living room. A stunning fortress on furniture hill, with a slick vinyl record tower to its right hand side. A shadowing tower that peered down monitoring all vinyl activity on the deck below.

The radio roused the family troops throughout the day. At the exact moment a favourite song was played, family members leapt and launched themselves across living room furniture, not gracefully, but passionately – arms stretched out to increase the volume with minimal seconds lost.

A Christmas present then changed the course of my ‘grumpy teenage slump’ – my very own stereo. Blue dreamer’s eyes scanned this glorious gift with giddy excitement. But it was splattered with bulging brick buttons and lights that even today, I am unsure what they were for. They looked good – to someone, somewhere – but it made me think the stereo would leave me and my bedroom to take off at Speke airport. But it was mine, all mine.

This stereo provided a teasing, tantalising triangle of choices of radio, cassette and vinyl.  This led me to fall in love with The Smiths, Billy Fury and Elvis Presley. I then, with sublime negotiating skills, managed to convince my parents to hand over their brand new stereo with a new addition – the CD player. I was swept away with the CD frenzy. But my shame and my guilt fell towards the record player and cassette deck. It ended in sadness as the cassette deck gave up on its one role – to actually work, but I thanked it for its efforts and always will. 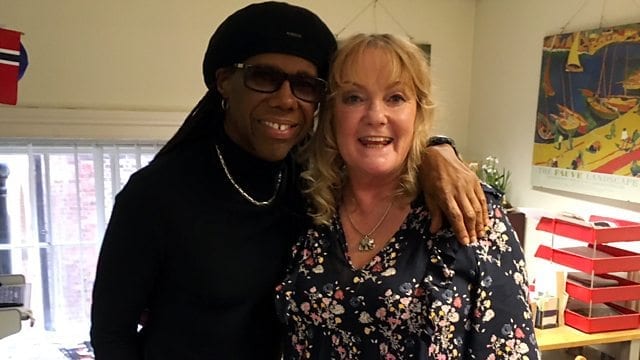 As the years progressed, the urge to visit record stores and sample live venues grew strong. I loved buying music; singles, albums, video purchases and gigs chewed up my wages, the spare cash and also the cash that wasn’t spare. I was certainly not alone as the 80s/90s Liverpool music community was vibrant. And today, I still enjoy this breathtaking culture.

These days, however, I look around and feel concern for the creative artist. With venues and studios closing, are we not in danger of closing and locking the door on this culture? Platforms should be provided and the unsigned and grass roots artists must blossom. A glossy punchbowl arena on the dock may be an inspiration to play, but if there is no grass roots venue surrounding it within local areas, unfortunately, the arena inspiration will be for other artists from other cities.

Music culture should still be able to breathe easily. Options must be explored, could council leaders lower business rates for venues? It would be welcomed by all. Surely, it would be an investment as his unique conveyor belt of music would promote Liverpool as the unique hub it is.

A platform for the emerging artists is the radio station. And in Liverpool, we have been blessed with the best and, for me, DJ Janice Long is Radio Royalty. Janice Long was at the helm of 1980s BBC Merseyside, keeping the city music creatives energised. Janice’s weekly show – ‘Streetlife’ was a round-up of Merseyside’s music scene with unsigned acts and the region’s biggest bands.

Janice Long has made a huge contribution to the cities music culture, structure and history. So, I interviewed Janice to discuss memorable gigs, Top of The Pops and interviewing legends of the pop/ rock world.

You started your career at Radio Merseyside, after replying to an advert in the Liverpool Echo. Do you feel, if you had not seen this advert, life would have taken a different journey, or do you think you would have found another advert of similar nature and applied elsewhere?

There were 2 adverts in the Echo. One was for a junior reporter at BBC Radio Merseyside and the other to be an air stewardess for Laker Airways. I was 18 and I applied for both. I had a great interview at Merseyside but they told me I was academically fine but not worldly. I also had an interview with Laker just about the same time. I had never been abroad, spoke French and Spanish. I went to London for the interview and got the job. I was suddenly flying to Toronto, New York, Barbados and Europe. It was a brilliant experience. I never once used my languages but saw some amazing places and had wonderful experiences. I gave it up to hitch to Greece with my then boyfriend. Ended up not making it to Greece, but living and working in Amsterdam. When I returned to Liverpool I did a few jobs and suddenly a letter appeared from Radio Merseyside asking me what I had been up to. I went in to see them and they let me hang around, showed me the technical side, how to drive a desk, exit etc. They gave me a craft. I loved every moment. I became staff on 1st April 1979. I was a station assistant, a job which unfortunately doesn’t exist anymore. That job gave me so many skills.

The pathway to become a broadcaster, has it changed and become more difficult, or do you feel it is accessible?

Anybody can broadcast now. Social media has changed everything. The old routes in to broadcasting don’t exist.  You have to try different ways to make your mark.

Your show on Radio Merseyside, ‘Streetlife’, was extremely popular and a favourite within my house. With Liverpool bands around at the time: The Bunnymen, OMD, China Crisis, Frankie Goes to Hollywood. Do you recall any stand out gigs from the era, or because the time was so special – were they all stand out gigs?

There were so many amazing gigs going on in Liverpool with outstanding local bands. However, I vividly remember going to see Hambi and the Dance supported by Frankie Goes to Hollywood at Pickwicks. There were sound problems for FGTH and they ended up going on after Hambi. Oh my God, I was blown away. They were unbelievable. I knew they were truly special. After the gig I asked Holly if he would pop in to see me at Radio Merseyside and he did the next day. He came with a demo and of course I played it on ‘Streetlife’ again and again. I spoke to my brother Jeff who was an A&R man and asked him for contacts and I sent copies of the demo off to all of them.

Did you also introduce those same local bands on Top of The Pops and were you proud of the bands from Liverpool that made it onto the show? Also, was the green room a good time to catch up with the bands?

In the time that I did TOTP there was nothing that made me more proud than introducing my fellow Scousers. It was a thrill and a sense of pride. Liverpool was having a truly dreadful time. However, we were making the best music and proving it every week. There was no green room, but there was a bar where we would all meet up after the show. It makes me happy to say that I am still mates with Pete Wylie, China Crisis, The Bunnymen, FGTH, OMD, The Christians, It’s Immaterial etc

From Radio Merseyside to Radio 1, was that leap extremely daunting and do you recall your first day, how you felt heading to the studio?

I never had an ambition to work at Radio One. I interviewed Paul Gambaccini. He told Radio One about me. They listened to Streetlife. I got a phone call from them and started 2 weeks later. I did my show from Oxford Road in Manchester wearing skinny jeans, blue Chelsea boots and a huge jumper which made me sweat like a pig. I travelled by train there and back.

You have interviewed legends from the pop and rock world – including McCartney, Jagger and Morrissey. Proud moments to cherish – do you sit back and reflect and think about these moments in your career?

I do reflect and feel very honored that Paul and Mick both requested I interviewed them more than once. I pinch myself and thank whoever gave me this amazing life. I have been so lucky to have my love and passion for music become my life. Morrissey never forgot my belief in him.

Fortunately I got to know Morrissey very early on, so I always felt comfortable talking with him.

Liverpool is a unique, creative city. I feel there is something in the water… From the City, who has inspired you over the years?

Liverpool has always done its own thing. It’s always had creativity at it’s heart. Musicians, writers of drama and novels, poets, directors, comedians, actors, Dj’s, clubs, innovators, I could go on. A combination of all of those people inspired me then and the new emerging talent inspire me now

And finally, “On the Streets I Ran” Can you name three Liverpool Streets that mean the most to you ?