On the Waterfront presents Cream Classical 2022 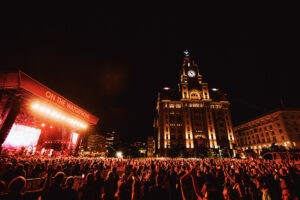 Cream are pleased to announce the return of ‘On the Waterfront’, featuring a series of shows returning to  Liverpool’s iconic Pier Head in 2022.

The first shows to be announced will see the spectacular Cream Classical return with the Kaleidoscope Orchestra, singers and performers curated by electronic duo K-Klass, who join together for two very special shows to mark Cream’s 30th Anniversary on Saturday 17th and Sunday 18th September, with more shows and exciting acts to be announced in the coming months.

2022 will be a landmark year for Cream as it celebrates its 30 year anniversary.  Since its humble beginnings in 1992 as a small underground club night the brand has grown to become one of the worlds most recognisable youth brands and a global powerhouse in electronic music.

Age: 18 and over (Challenge 21 is in operation and valid photo ID is required)